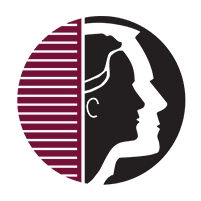 When nasal congestion develops, the pressure and aching sinuses can make you miserable. One of the top causes of nasal congestion, sinusitis, often resolves on its own, but it can settle in and become chronic. The experienced physicians at Southern ENT Associates determine the underlying cause of your nasal congestion, then develop a treatment plan to relieve your symptoms and prevent future problems. To schedule an appointment, use online booking or call one of the six offices in South Louisiana that’s closest to you.

Sinuses are air-filled spaces in the bones of your face; located in your cheekbones, between your eyes, on both sides of your nose, and in the center of your forehead just above your eyes.

Each sinus has multiple membranes that produce mucus, which flows out of the sinus and into the nose through a small opening.

Mucus has a bad reputation for causing nose problems, but it serves crucial roles. It filters out bacteria and dust, and lubricates your nose, preventing it from drying out.

Sinusitis is an infection of your sinuses that makes the membranes inflamed and swollen, blocking the opening into the nose. As a result, mucus gets trapped in the sinus, and an infection develops.

Although sinusitis often goes away on its own, if it lasts for 12 weeks or longer, you have chronic sinusitis.

What are the Symptoms of Sinusitis?

When a common cold or nonallergic sinusitis cause your sinusitis, you’ll experience symptoms such as:

How is Sinusitis Treated?

Your treatment is created based on the underlying cause of your sinusitis. These are a few of the possible treatment options:

One type of surgery, balloon sinuplasty, reopens the sinuses by briefly inflating a balloon in the opening. Pressure from the inflated balloon restructures the opening, clearing a pathway for drainage, and creating long-lasting results.

Are There Other Causes of Nasal Congestion?

Deformities or a deviated septum can cause nasal congestion. Turbinates, which are structures in the nose that warm and moisturize air, may become enlarged and block your sinuses.

In children, enlarged adenoids and foreign objects placed into the nose often cause nasal obstruction and congestion.

When you or your child have ongoing nasal congestion, call Southern ENT Associates or book an appointment online.